Georgia. The origins of wine

In a land of contrasts at the crossroads of East and West, Georgia has much to offer. And while its 69,700 square kilometres of landscape may not seem like much, it actually holds 13 different climatic zones.  From alpine to semi-desert, Europe's highest peaks and the sea.
You could say that Georgia is blessed when it comes to wine. Why? Because its fertile valleys, cultivated for 8000 years, are home to more than 500 different grape varieties.  And the traditions of viticulture are intertwined with the national identity of the country itself. In addition to this. It is believed that the word "wine" is of Georgian origin and comes from the word "Gvino".
Taste the flavours of Georgian cuisine!
During this trip you will discover an incredible variety of exquisite flavours of unique dishes, accompanied with the best wines and a millenary tradition of Georgian hospitality.

Day 1: Madrid-Tbilisi
Arrive at the International Departures airport and board your LOT flight, transferring in Warsaw to Tbilisi, the capital of Georgia.

Day 2: Tbilisi (B/L/D/C)
In the early morning our representatives will meet you at Tbilisi airport. Transfer to hotel EUROPE 4**** and overnight stay.
Breakfast. We start discovering the capital, visiting its most striking and ancient monuments. Tbilisi has a long and fascinating history. It was founded in the 4th century by Vakhtang Gorgasali, King of Iberia. The capital quickly became the most important city in the Caucasus and in the 12th-13th centuries Tbilisi was the political, economic and cultural centre. The Silk Road, which passed through Georgia, made the city the most important bridge between Europe and Asia. However, its walls have been penetrated by Arabs, Khorezmites (a Sunni Muslim dynasty of Mamluk origin), Mongols, Persians and Russians. The city has undergone some 30 sackings and as many reconstructions. The ancient city is impressive for its mix of cultures. Here mosques, synagogues, Armenian and Catholic churches and Georgian Orthodox churches coexist in enviable harmony. During our tour we will visit the historical centre of Tbilisi: the sulphur baths, the oldest churches and cathedrals of the capital. We visit the traditional restaurant where you will be given a master class of one of the most emblematic traditional dishes of the country. Lunch in the traditional restaurant where you will taste delicious national dishes and wines. In the afternoon we will visit the fortress of Narikala dating back to the 4th century. In the evening welcome dinner in a traditional restaurant in Tbilisi accompanied by live folk songs. Overnight at the hotel in Tbilisi.

Day 3: Tbilisi - Ananuri - Kazbegui - Tbilisi (B/L/D)
In the morning we explore the most picturesque region of Georgia in the Upper Caucasus. On the way we visit the impressive 17th century castle Ananuri, which for centuries was the residence of the Eristavi (the rulers) of the Aragvi region. The large church of the Virgin is the focal point of the fortress, as it is decorated with magnificent reliefs and ornaments. From the fortress there is a wonderful view over an emerald-coloured lake. Then we continue our journey to the most mountainous region of Georgia to Kazbegui, enjoying the magnificent beauty of the High Caucasus Mountains. But before we get there we have to "overcome" the Cross Pass (2390 m altitude), because geographically, Kazbegui is already situated in the northern part of the Caucasus. From the village of Kazbegui you can see several five peaks, such as Mount Kazbegui (5.047 m.a.s.l.). In Kazbegui you will be introduced to the art of making Jinkali, typical local ravioli, stuffed with meat, in a local house. Lunch at the local house. Then we go up to see the 14th century church of Guergueti, located on a hill overlooking the village of Kazbegui. You can go up on foot (1,5 hour walk) or you can go up by rented car in the centre of the village (about Euro 40 not included in the price of this tour). Return to Tbilisi. Dinner in a traditional restaurant in Tbilisi. Overnight at the hotel.

Day 4: Tbilisi - Mtskheta - Uplistije - Samtavisi Cathedral - Tbilisi (B/L/D)
After breakfast at the hotel we start our tour travelling to Mtskheta, the ancient capital of Georgia, which is situated 20 km from Tbilisi. Scientists date the city from the 2nd millennium BC. Mtskheta was the capital of the Georgian Kingdom of Iberia in the 5th century BC until the 5th century AD here, when the Georgians accepted Christianity at the beginning of the 4th century. The city and its architectural monuments are included in the UNESCO World Heritage List of Cultural Heritage.

We visit the 6th century Jvari Monastery ("cross" in Georgian) which is located on the top of the hill, from which opens a splendid view over the town of Mtskheta and the confluence of two rivers Aragvi and Mtkvari. Then we visit the town of Mtskheta and the 11th century Svetitskhoveli Cathedral, a masterpiece of Georgian architecture of the Golden Age. After the visit we continue our route to Uplistsije. This tremendous cave city dating back to the 10th century BC is one of the most impressive and oldest architectural masterpieces in Georgia. Hundreds of rooms, halls, streets, a theatre, and a large room for pagan rituals, as well as a water system, are preserved here. Unfortunately, Uplistsije was damaged by earthquakes and invasions, but it leaves a deep impression.

Note: Visiting Uplistsije requires walking on chalky ground for about one and a half hours. There are stairs, slopes and a tunnel with poor lighting, so it is recommended to wear closed shoes and walk with some ease.

Day 5: Tbilisi - Shuamta monastery - Tsinandali - Alaverdi - Gurjaani winery - Kvareli (B/L/D)
In the morning we start our journey to the Kajeti region famous for its vineyards and wine. Georgia is considered to be the first region to cultivate and domesticate the European vine Vitis vinifera ssp. sativa Beck. Grape pips dating back to the 6th millennium BC were found in the archaeological settlement of Shulaveri. In fact, etymologists believe that the word "wine" in Latiin comes from the Georgian word "gvino". We visit the monastery of Shuamta from the VII CENTURY. Later we visit the village of Tsinandali, where we visit an elegant wooden villa, which was the residence of Alexander Chavchavadze, a 19th century nobleman who played an important role in the cultural, intellectual and political life of Georgia. Today the house is the museum, which contains an impressive wine cellar and is surrounded by an extensive and lush park. After the visit lunch of traditional food in the restaurant in Telvai. Later we follow the route to the cathedral of Alaverdi, founded by one of the 13 Holy Syrian monks who came to Georgia in the 6th century. The present cathedral was built in the 11th century, the Golden Age of Georgia and is dedicated to St. George, the patron saint of Georgia. For centuries it was the largest and most important cathedral in the country and still amazes visitors with its impressive frescoes and architecture. After the visit we continue to the village Gurjaani. In a local house where an extraordinary example of Georgian hospitality awaits you: during a traditional dinner you can see how wine is made in a private house. In this family home you will have a tasting of homemade wines. The banquet will be embellished by a local professional folklore ensemble of national polyphonic songs (intangible heritage of UNESCO) and a "tamada" (master of ceremony) who will offer traditional toasts, the thousand-year-old tradition of Georgia, with this farewell dinner you will take part in an authentic Georgian traditional feast. After dinner we arrive at the hotel in Kvareli. Overnight at hotel CHATEAU KVARELI 4****.

Day 6: Kvareli - Gremi - Nekresi - Shilda Winery - Signaghi - Bobde Monastery - Tbilisi (B/L/D)
In the morning after breakfast we continue our journey to the architectural complex of Gremi, which was the royal residence in the 16th century. Then we follow the route to the historical town of Nekresi which is situated on the mountainside of the Upper Caucasus. It was founded by King Parnakhom in the 1st-2nd century BC. In the 4th century AD, King Trdat built a church in the town. In the 6th century, one of the Assyrian monks settled there and founded the archbishopric of Nekresi (it existed until the 19th century). We continue our wine tour to the Shilda wine cellar. At the winery we will have a tasting of the best Georgian wines and a traditional lunch. Then we visit the town of Signaghi. This town dating back to the 18th century is surrounded by a wall with twenty-three defensive towers. The town is newly restored in the traditional style and is picturesque and charming. After the visit we continue our journey to the Bodbe monastery where Saint Nino, who introduced Christianity to Georgia at the beginning of the 4th century, spent the last years of his life. In the afternoon we return to the capital. Dinner in a traditional restaurant in Tbilisi. After dinner transfer to the EUROPE Hotel.

Day 6: Tbilisi - Madrid
At the appointed time transfer to the airport. Boarding of the flight back to Spain, with transfer in Warsaw. Arrival and end of our services.

Price does not include: 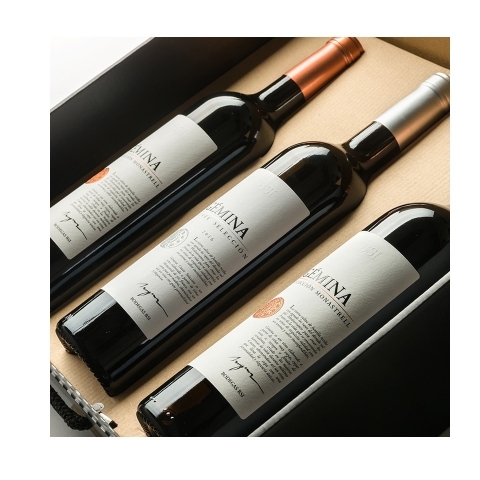 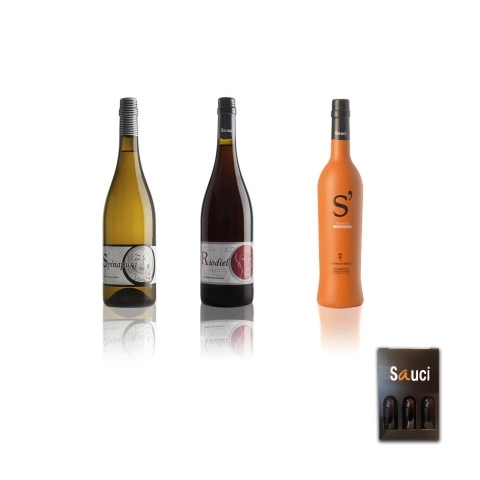 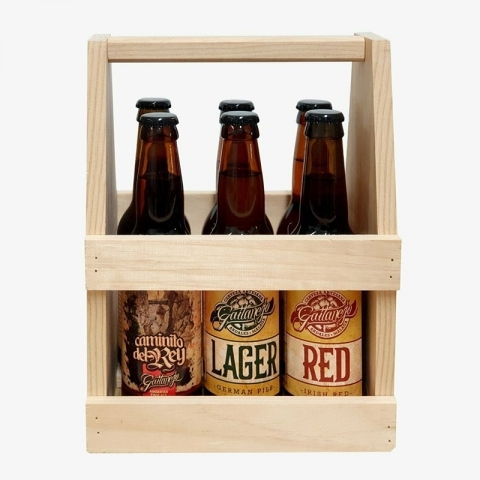 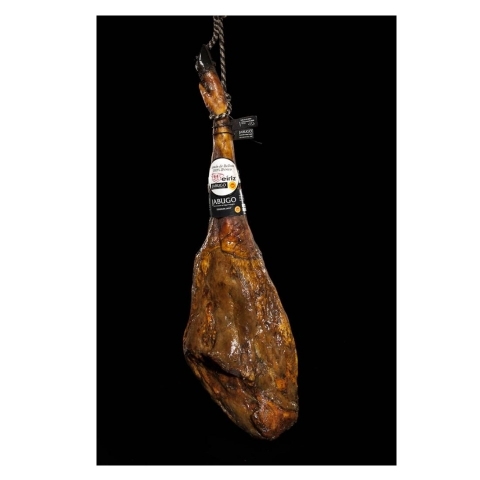